How Making Estimated Tax Payments Can Help Your Business 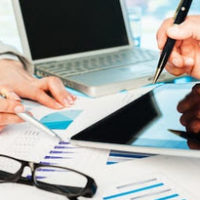 Self-employed taxpayers and small business owners can save themselves a lot of trouble (and potentially avoid a surprise bill come tax season) by making estimated tax payments throughout the year, rather than making one single payment in the spring. Unfortunately, it can be difficult to calculate these payments and even those who do may still be left with an unexpected tax debt and potential penalties, so if you have questions about calculating or submitting estimated tax payments, it is critical to speak with Florida tax and IRS attorney Ronald Cutler who has the resources, knowledge, and experience to assist you.

What is Estimated Tax?

Under federal law, everyone who earns an income must pay taxes. Estimated taxes were implemented as a means of helping taxpayers do this for income that is not generally subject to withholding. Mostly, this applies to small business owners and self-employed taxpayers who are encouraged to make estimated tax payments on a quarterly basis as they receive income throughout the year. Essentially, paying as they go can help qualifying taxpayers avoid making one large payment to the IRS or being surprised by an unexpected tax debt.  Although used most often to pay for income taxes, estimated tax can also be used to pay self-employment tax and alternative minimum tax.

Who is Required to Make Estimated Tax Payments?

Certain types of taxpayers are actually required to make estimated tax payments, including self-employed individuals, partners, S corporation shareholders, and sole proprietors who expect to owe a tax of at least $1,000 when filing their 2019 taxes. Corporations, on the other hand, must usually make these payments if they anticipate owing $500 or more on their next tax return.

It is, however, possible for employees who also earn business income to avoid paying estimated taxes by asking their employer to withhold a higher amount from their paychecks. This requires the submission of a new Form W-4, which contains a space specifically for entering additional withholding amounts.

Penalties for Underpayment of Estimated Taxes

For the 2019 tax season, the tax penalty for underpaying estimated taxes will apply to any taxpayers who paid less than 90 percent of the tax reported on their return. Those who based their estimated tax payments on last year’s amount, however, can usually avoid this penalty, as long as they pay 100 percent of the amount shown on their 2018 Form 1040 (or 110 percent if the taxpayer’s income exceeded $150,000).

Certain taxpayers are also exempt from being assessed an estimated tax penalty, including:

Finally, taxpayers who receive income unevenly throughout the year can avoid their penalty by annualizing their income and submitting different payments on a quarterly basis.

If you owe estimated tax payments, are being penalized by the IRS for a failure to pay estimated tax, or believe that you were wrongly denied a refund, you need the advice of an experienced attorney. Please contact dedicated tax law attorney Ronald Cutler, P.A. at 386-490-9949 to learn more about how we can help.