Options for Taxpayers Who Missed the Filing Deadline 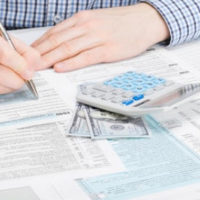 Filing one’s taxes can be a complicated process, and sometimes, despite a taxpayer’s best efforts, he or she is unable to meet the April deadline. Fortunately, there are a few different ways that taxpayers can address this lapse without incurring overly large interest charges or fines, so if you were unable to file your taxes by April 15th, you should strongly consider consulting with experienced Florida tax return preparation attorney Ronald Cutler who can explain your legal options.

Although many taxpayers who fail to file a late return are charged a penalty by the IRS, this is not true for everyone. For instance, there is no penalty for filing a tax return after the deadline has passed if the filer expects to receive a refund. Penalties and interest will accrue, however, for taxpayers who both fail to file their tax returns by the April deadline and who also owe a tax debt. These amounts can quickly add up, as returns file more than two months after the due date come with a minimum penalty of either $210 or 100 percent of the unpaid tax liability, whichever amount is less.

Fortunately, these penalties can be significantly reduced if a taxpayer files a tax return as soon as possible and pays off as much of the remaining liability as is feasible at the time. In fact, the IRS allows taxpayers to prepare and file their returns electronically as late as mid October. There are also a few penalty abatement options for which many taxpayers qualify. The reasonable cause exception, for example, waives certain penalties for taxpayers who can provide evidence that they had a good reason for failing to file their taxes, such as a fire, death, or serious illness. Unfortunately, interest charges cannot be abated for reasonable cause, although the amount charged can be reduced or withdrawn when the penalty is lowered or removed.

Some taxpayers who are unable to file their returns by the April deadline are given additional time to do so, but only if they:

Even those taxpayers who do not fall under one of these exceptions could qualify for some of the forms of penalty relief offered by the IRS. For instance, taxpayers whose 2018 federal income tax withholding or estimated payments did not cover their total tax debt, could be eligible to have their tax penalty waived if they paid at least 80 percent of their total tax debt during the year by making quarterly estimated tax payments, through tax withholding, or a combination of the two.

Please contact 386-490-9949 today if you have questions about your own unpaid taxes or unfiled tax return and a member of our legal team will help you schedule a free one-on-one case evaluation with experienced Florida tax return preparation attorney Ronald Cutler, P.A. today.