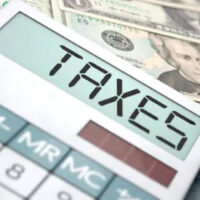 In 2022, taxpayers who wanted to contribute to 401(k) plans could only contribute up to $20,500. Similarly, the contribution limit for annual contributions to IRAs was capped at $6,000. However, due to a recent change put in place by the IRS, these numbers have been increased for 2023.

The limit on yearly contributions to IRAs also went up from $6,000 in 2022 to $6,500 for 2023. The IRA catch-up contribution limit for taxpayers over the age of 50 years old, however, is not subject to an increase, but remains at $1,000. The income ranges for determining eligibility to make deductible contributions to IRAs, Roth IRAs, and to claim the Saver’s Credit also increased for 2023.

Taxpayers can deduct contributions to an IRA only if they meet certain conditions. If, for instance, either a taxpayer or his or her spouse is covered by a retirement plan at work, then the deduction can be phased out, until it is eliminated. The phase-out ranges for 2023 are as follows:

The income phase-out range for taxpayers who make contributions to Roth IRAs also increased to:

Finally, the income limit for the Saver’s Credit increased for low and moderate income workers to $73,000 for married couples filing jointly, $54,750 for heads of household, and $36,500 for singles and married individuals who file separately.