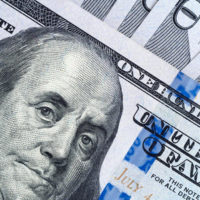 Every year, as many as ten million people are assessed estimated tax penalties. Fortunately, there are a number of steps that taxpayers can take to reduce or even eliminate tax penalties. To learn more about these strategies and whether they can be applied to your own situation, please contact an experienced tax attorney who is well-versed in both state and federal tax law and can explain your legal options.

Who Owes an Estimated Tax Penalty?

Taxpayers may owe a penalty for last year’s taxes if the total amount of their withholding and tax payments did not equal either:

However, there are special rules for certain taxpayers, in which difference percentages are used. Fishermen and farmers, for example, must have only paid two-thirds of their gross income in 2016 to avoid the penalty. Those whose adjusted gross incomes were higher than $150,000 in 2015, on the other hand, must have paid 110 percent of their 2015 taxes. The IRS will also waive penalties when:

In order to claim these waivers, however, taxpayers are required to submit documentation of police and insurance company reports, after which the IRS will review the information and either deny or grant the request. Finally, estimated tax payment deadlines for those who live in a federally declared disaster area will be postponed.

Estimated tax penalties are assessed against those who underpay their taxes and are usually calculated based on that year’s interest rates. These penalties can quickly add up, so it is important for taxpayers to take advantage of opportunities to reduce the total amount owed. For instance, many taxpayers avoid future penalties by taking steps to adjust tax withholding from their paycheck, pension, or government payments. Typically, taxpayers can increase their withholding amount by claiming fewer allowances on their withholding form, although if the amount still does not cover the penalty, they can ask employers or payers to withhold an additional amount each pay period.

Employees whose amount of withholding does not cover the amount of taxes owed may also need to make estimated quarterly payments. This is also an option for those whose incomes are not subject to withholding, including taxpayers whose incomes stem from investments, such as interest, dividends, rents, capital gains, royalties, self-employment income, and alimony payments. It is also possible to avoid paying interest on tax penalties by paying at least 90 percent of estimated taxes during the year.

If you were recently notified by the IRS that you owe a tax penalty, please contact experienced Miami tax attorney Ronald Cutler, P.A. at 386-490-9949 for help with your own case. Our legal team is prepared to help you today.