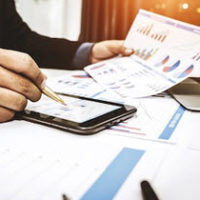 As a result of the passage of the Bipartisan Budget Act, which was enacted in February, certain citizens and resident aliens who work for the military in designated combat zones could now be eligible for the foreign earned income exclusion benefit. To find out more about this tax break and whether you qualify, please contact our tax return preparation legal team today.

Foreign earned income are earnings collected by a taxpayer for the performance of personal services in a foreign country. Previously, a taxpayer’s foreign income could not qualify for this exclusion unless he or she lived in a foreign country and satisfied either the bona fide residence test or the physical presence test. As a result, many eligible taxpayers who lived and were employed in designated combat zones did not qualify for this exclusion because their abode was technically still in the U.S. The new law revised this rule by clarifying that contractors and employees of contractors who provide support to the U.S. military in designated combat zones can claim this exclusion even if they are still domiciled in the U.S.

Even qualifying taxpayers must comply with certain limits when it comes to claiming a foreign income exclusion. Specifically, they can only claim up to a certain dollar amount when calculating gross income, which for tax year 2018 has been set at $103,900. Furthermore, the exclusion is not automatic, so eligible taxpayers will still be required to file an income tax return each year and attach either a Form 2555 or Form 2555-EZ to the return. Those who choose to claim this exclusion are also prohibited from claiming any other deductions, credits, or exclusions that are related to the excluded foreign income, which includes expenses, losses, and other times that would otherwise have been deductible if the exclusion hadn’t been used.

Certain taxpayers are also specifically prohibited from claiming the foreign earned income exclusion, namely: military and civilian employees of the U.S. government. This includes employees who work at U.S. Armed Forces exchanges, Armed Forces motion picture services, and commissioned and noncommissioned officers’ messes, but does not include service members in combat zones, as well as contractors and their employees, who are still eligible for the exclusion. Similarly, foreign income earned from other sources by military personnel or their spouses could qualify for the exclusion.

To speak with experienced Florida tax lawyer Ronald Cutler, P.A. about preparing your own tax return, please call 386-490-9949 or send us an online message and a member of our legal team will help you schedule a free consultation.