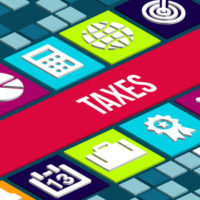 As part of an effort to notify taxpayers of their potential eligibility for tax credits, the IRS recently announced that victims of last year’s Hurricane Irma could qualify for the Earned Income Tax Credit (EITC). According to the IRS, those who lived in areas affected by Hurricane Irma and who experienced a drop in income are eligible to choose a special option for calculating the EITC. However, in order to qualify, taxpayers must use a special computation method, so if you were affected by Hurricane Irma, it is critical to speak with an experienced tax return preparation attorney who can explain this year’s EITC eligibility requirements and help you calculate your potential tax credit.

To qualify for the EITC, a taxpayer must have an earned income of less than $53,930 for 2017. When calculating income, taxpayers are permitted to include the following:

This means that taxpayers who are calculating earned income cannot include the following types of benefits and payments:

Once their income has been calculated, taxpayers must determine how many qualifying children they have and whether they are filing jointly or separately, after which, the credits for which they are eligible will be calculated.

Taxpayers who reside in a federally declared disaster area are permitted to use a special method when calculating income and eligibility for the EITC. Under this method, taxpayers who live in an area affected by Hurricane Irma and whose incomes dropped as a result, can choose to calculate their EITC using their income from the prior year instead of their income from 2017. This could end up allowing them to claim an EITC for which they otherwise would not have qualified or to receive a much larger credit. However, eligible taxpayers are still encouraged to calculate the credit both ways, with their earned income from both 2016 and 2017, to see which yields the larger EITC before submitting their tax returns.

Many Florida residents were severely affected by last year’s Hurricane Irma, which wiped out thousands of homes and led to serious job losses. In an effort to address these devastating consequences, the IRS has instituted a number of benefit programs, one of which allows residents of federally declared disaster areas to use a special method when calculating eligibility for Earned Income Tax Credits. For help determining whether you qualify for these and other benefits, please call dedicated Florida tax return preparation attorney Ronald Cutler, P.A. at 386-490-9949 today. We are happy to schedule appointments on weekdays, as well as weekends.