I Missed the Deadline, Can I Still File My Taxes? 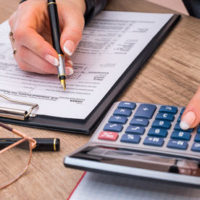 Most taxpayers were required to submit their 2017 taxes by April 17th. There are, however, exceptions for certain individuals, who are permitted to turn their taxes in later without even requesting an extension. To find out more about whether you qualify for late filing, you should consider contacting an experienced tax attorney who is familiar with IRS filing procedures.

All taxpayers are eligible for an automatic six month filing extension and are only required to submit Form 4868 in order to receive it. However, it is important to note that this extension doesn’t apply to tax payments, but only to the filing of the return itself. All tax payments were still due by April 17th. Fortunately, taxpayers who fall under certain categories are eligible to receive an extension for filing their tax return and for paying any tax liability. These categories include:

Last year, thousands of U.S. citizens were affected by a number of natural disasters, including tropical storms, hurricanes, floods, and wild fires. Victims of these disasters are not required to file or pay their taxes until June 29th. This includes victims of the following disasters:

Similarly, victims of the California wildfires, mudflows, and flooding have until April 30th to file their income tax returns, pay any tax debt, make a 2017 IRA contribution, and file payroll, excise tax, and corporate income returns.

Members of the military and support personnel serving in combat zones also receive an additional 180 days after leaving the zone to pay tax debt, file any returns, and contribute to an IRA. This includes anyone serving in Afghanistan and Iraq. In fact, any members of the military who are serving abroad, but who don’t qualify for the combat zone extension have until June 15th to file.

Taxpayers Working or Residing Outside of the U.S.

Resident aliens and U.S. citizens who work and live outside of the country are also given until June 15th to file this year’s return and to pay any taxes that are due. However, it’s important for these individuals to keep in mind that interest will continue to compound at a rate of five percent every day on payments filed after the April 17th deadline.

Taxpayers who don’t fall under one of these three special categories can still request an automatic extension, in which case they will have until October 15th to file their returns.

Call Today for Help with Your Tax-Related Questions and Concerns

If you were unable to pay your taxes on the 17th, please call experienced Florida tax return preparation attorney Ronald Cutler, P.A. today at 386-490-9949 to learn more about your filing options.