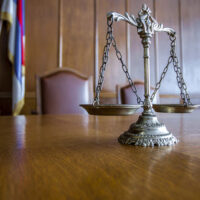 Following the verdicts of three U.S. Tax Court cases, the IRS recently announced that it would be offering settlements to taxpayers who are currently being examined for their involvement in micro-captive insurance transactions. Under the terms of this settlement, eligible taxpayers will be required to concede some of the income tax benefits that they claimed as a part of the transactions in question and will also forego serious penalties. The settlement, however, comes with a time limit, making it especially important for those who receive notifications that they qualify for this settlement offer, to contact the experienced Florida tax court attorney Ronald Cutler who can explain their legal options and help protect their interests.

The U.S. Tax Code allows businesses to create captive insurance companies that will protect them against specific risks. Initially, these companies were only established to provide coverage that was difficult to find in traditional markets. They have, however, expanded in recent years to include nearly all kinds of insurance. Although the IRS officially recognized micro-captive insurance transactions as legitimate tax structures in 2002, it has begun targeting micro-captive insurance transactions that it deems abusive. More specifically, the IRS has begun auditing companies that it believes were being created to take advantage of a tax law that allows businesses to claim deductions for premiums paid for insurance policies.

As a part of this endeavor, the IRS sent out hundreds of letters notifying businesses of impending audits and the agency’s intent to disallow the tax benefits claimed by taxpayers who are involved in micro-captive structure transactions. While many taxpayers have challenged the agency in court, none have been successful. In fact, the Tax Court has actually sustained the agency’s disallowance of the tax benefits in three separate cases.

In an effort to expedite the hundreds of micro-captive insurance audits being conducted by the IRS, the agency recently began mailing out settlement offers to taxpayers who are currently under audit. The settlement offer requires eligible taxpayers to concede a substantial portion of the income tax benefits that they claimed as a part of the micro-captive insurance structure transaction and to pay appropriate penalties. The latter can be waived in instances where the taxpayer can provide proof of good faith.

Only taxpayers who receive a letter notifying them of the terms of the settlement will be eligible for this resolution. Taxpayers who receive these letters, but who choose not to participate will continue to be audited by the IRS and will face the full disallowance of captive insurance deductions, the imposition of higher fines, and the inclusion of income by the captive business in question. Taxpayers who decline the settlement offer will still have their full rights of appeal, although they will be disqualified from potential future settlement offers.

If you are being audited or recently received a settlement offer from the IRS, you need the advice of a dedicated attorney. Please call 386-490-9949 to learn more about your legal options from experienced Florida tax court lawyer Ronald Cutler, P.A. today.