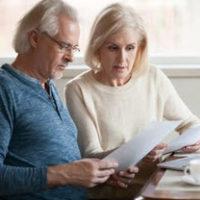 Early in January, the IRS announced that it would be waiving the estimated tax penalty for many taxpayers whose federal income tax withholding and estimated payments from last year fell short of their total liability for 2018. However, this waiver only applies in certain situations, so if you believe that you might qualify for this waiver, you should strongly consider speaking with a skilled Florida tax and IRS attorney who can ensure that you satisfy all eligibility requirements, as those who do not qualify and who also fail to take care of their tax debt could end up with even higher penalties.

The U.S. tax system is operated on a pay-as-you-go basis, which means that taxpayers are required to pay most of their tax debt during the year. This can be achieved by:

In the event that one of these filings is inadequate, the IRS applies a penalty. In prior years, these penalties were only assessed if a taxpayer did not meet one of the following tests:

However, under the new waiver rules, the 90 percent threshold is reduced to 85 percent, which means that a taxpayer won’t owe a penalty as long as he or she paid at least 85 percent of the total liability.  If a taxpayer paid less than 85 percent, he or she won’t be eligible for the waiver and the penalty will still be assessed.

According to the IRS, the recently instituted penalty waiver only applies to taxpayers who paid at least 85 percent of their total tax debt for 2018 during the year through:

The waiver was put in place to help taxpayers who were unable to adjust their withholding and tax payments to reflect the many changes enacted by the Tax Cuts and Jobs Act (TCJA), which were intended to help taxpayers withhold less in taxes and receive higher paychecks.

Although the updated federal tax withholding tables, which were released in early 2018, reflected the increased standard deduction and lower tax rates that were the result of the TCJA’s passage, these tables could and did not fully factor in a number of other changes, such as:

For this reason, many taxpayers who did not submit a revised W-4 withholding form to their employers, or who failed to increase their estimated tax payments could have ended up underpaying their taxes during the year. As a result, many taxpayers who expected to receive tax refunds this year, will actually owe additional taxes when they file.