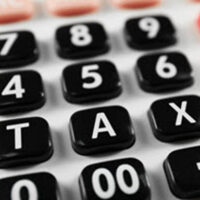 Taxes must be paid as a person earns or receives income throughout the year. This can usually be achieved by withholding a certain amount from one’s paycheck. If, however, the amount withheld from a salary or pension isn’t enough, or if a person receives income through interest, dividends, alimony, capital gains, or self-employment, then he or she may need to make estimated tax payments to the IRS. These taxes cover not only income tax, but also self-employment and alternative minimum taxes. Taxpayers who don’t pay enough tax (or who pay them late), either through withholding or estimated tax payments, could end up being charged a penalty. Please read on to learn more about estimated tax payments and whether or not you could be required to pay them.

Who Must Pay Estimated Taxes?

Individual taxpayers, as well as sole proprietors, partners, and shareholders in S corporations are required to make estimated tax payments if they expect to owe more than $1,000 when they file their returns. Corporations, on the other hand, may have to make estimated tax payments if they owe more than $500. Individuals who receive salaries and wages can generally avoid having to pay estimated taxes by asking their employer to withhold more from their earnings. To do this, a person will need to file a new Form W-4 with their employers.

How Do I Calculate Estimated Taxes?

Individuals can use Form 1040-ES to calculate how much they owe in estimated taxes. To do so, taxpayers will need to know their adjusted gross income, taxable income, taxes, deductions, and credits for the current year. It can be helpful to use one’s income, deductions, and credits from the prior year as a starting point. This information can all be found on the prior year’s federal tax return. It’s important to note that taxpayers will also need to make adjustments for changes in their tax situation and recent changes to the tax code.

When Do I Pay Estimated Taxes?

When it comes to estimated tax payments, the year is divided into four payment periods. Taxpayers can send estimated payments with their completed Form 1040-ES either by mail, by phone, or online. It is, however, possible for taxpayers to make estimated tax payments on a weekly, bi-weekly, or monthly basis, if doing so is easier, as long as the person has paid enough by the end of the quarter. The Electronic Federal Tax Payment System (EFTPS) is the easiest way to make payments and access one’s payment history.

What is the Penalty for Underpaying Estimated Taxes?

If a taxpayer doesn’t pay enough taxes throughout the year, either through withholding or estimated tax payments, he or she could end up having to pay a penalty for underpayment. Most taxpayers can avoid this penalty if they owe less than $1,000 after subtracting their credits and withholdings, or if they paid at least 90 percent of the tax for the current year. The IRS could also waive the penalty if the failure to make estimated payments was the result of a disaster or unusual circumstance, or if the taxpayer retired or became disabled during the tax year.