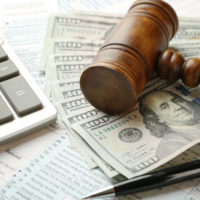 Florida legislators filed approximately 1,900 bills in the 2017 session alone. Only around 234 of those bills were passed by both the Senate and the House, one of which was a bill that gives Florida residents the opportunity to increase the homestead exemption on primary residences in the state from $50,000 to $75,000 by voting in a 2018 ballot initiative. If passed by Florida voters, this law could have a significant impact on the tax filing process, so if you have questions about the homestead exemption or another tax-related issue, please contact an experienced tax attorney who can address your concerns.

HB 7105 was originally introduced as a joint resolution by the House of Representatives, which proposed an amendment to the State Constitution. In May, the House and the Senate agreed to place the proposed amendment on the 2018 ballot, letting voters decide whether Florida homeowners will receive an increased tax exemption of $25,000. Currently, Florida homeowners receive a tax exemption on the first $25,000 of their property’s value, although they are required to pay taxes on the value between $25,000 and $50,000 before receiving an exemption on the portion from $50,000 to $75,000. If it goes into effect, the exemption would be increased to $75,000 on properties valued between $100,000 and $125,000. However, the exemptions will not be applied to taxes charged by school districts. If passed by 60 percent of the voters, the amendment would go into effect on January 1, 2019.

It is estimated that if the initiative is passed, homeowners will save around $644 million per year, which will in turn boost the real estate market, making it easier for residents to purchase new homes. However, opponents argue that these savings will be offset by the deductions that local governments will be forced to make. For example, Orange County’s legislative affairs director stated that if the exemption goes into effect, the county will lose around $23 million in revenue and have to make substantial cuts to funding for the city bus system, the county jail, and animal services. The Sheriff’s Office and Fire Rescue would also need to reduce their budgets. Opponents also argue that while the exemption will save money for certain homeowners, it will generally result in higher taxes for renters and business owners. Proponents of the bill counter these concerns by pointing to the passage of a separate law that would provide funding to fiscally constrained counties whose budgets are drastically reduced as a result of the exemption.

Florida’s tax system can be difficult to navigate, so it is important that those with tax-related concerns speak with a dedicated tax attorney who is well-versed in state law. To speak with a member of our legal team one-on-one, please contact the law firm of Ronald Cutler, P.A. by calling 386-490-9949. You can also reach us by initiating a live chat with a team member or completing and submitting one of our brief contact forms.