Receiving a Bill from the IRS 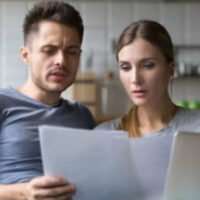 April 15th is the standard deadline for most taxpayers to file their tax returns and pay any taxes that they owe to the IRS. During processing, the IRS checks these returns and payments for accuracy before determining whether a taxpayer owes additional taxes, penalties, or interest, in which case, that individual will be sent a bill. Failing to acknowledge or respond to these bills can have serious repercussions, so if you recently received a notice from the IRS and have questions about your obligations and rights, you should speak with an experienced Florida tax and IRS attorney who can advise you.

Responding to an IRS Notice

If, after the IRS processes a tax return, it determines that a taxpayer owes an additional payment, it will send a bill for the taxes that are due. The information on the return will also be used to calculate interest and penalties, which will continue to accrue until the debt is paid. Taxpayers who fail to respond to their first bill should receive at least one more notice, after which, the agency can initiate collection actions, which include everything from applying a subsequent tax year refund to the debt to seizing property and wages.

To avoid this, taxpayers should be sure to respond to the IRS as soon as possible after receiving their notices. Those who agree with the information on the bill and who can afford to pay the debt should do so before the deadline. Those who cannot pay the full amount, however, should still pay as much as they can before considering other payment options. Taxpayers who disagree with the information on the bill, on the other hand, should call the number listed on the notice or visit their local IRS office. In the event that the IRS was wrong in its estimates, it will send a revised bill, but only after the submission of convincing evidence.

Accrual of Interest and Penalties

Typically, interest charges on any unpaid taxes will start to accrue from the date of the processing of a return until payment is made in full. Similarly, taxpayers who file a return, but do not pay all of what they owe to the IRS will be charged a failure-to-pay penalty, which accrues at a rate of one-half percent for each month, up to a maximum of 25 percent of the unpaid tax. However, these rates can increase if the tax remains unpaid for a certain amount of time. Taxpayers who owe taxes and still don’t file on time may also face a failure-to-file penalty, which is usually five percent of the amount owed for each month, up to 25 percent.

The IRS will abate a taxpayer’s penalties in some cases, namely when an individual can show that the failure to submit a return or payment wasn’t due to willful neglect. The IRS does not, however, usually abate interest charges, which will continue to accrue until the entire debt is repaid.

Set Up a Free One-on-One Consultation

If you recently received a notice from the IRS indicating that you are being charged a tax debt, a late fee, or interest, please call dedicated Florida tax attorney Ronald Cutler, P.A. at 386-490-9949 to learn more about how to minimize the effect of these charges.