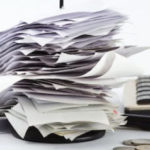 The IRS recently notified taxpayers with undisclosed offshore accounts that they only have until September 28th to take advantage of the agency’s Offshore Voluntary Disclosure Program (OVDP). Initially launched in 2009, this program is estimated to have helped nearly 56,000 taxpayers comply with U.S. tax law by assisting them when it comes to paying… Read More »