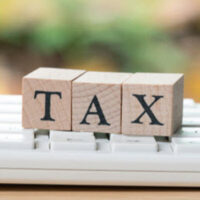 When married couples go through a legal separation or divorce, their change in relationship status could end up affecting their tax situation. Couples who share children, for instance, will need to determine who will claim those children as dependents on their tax returns. Newly divorced couples will also need to consider their new filing status and report any necessary property transfers. To learn more about the types of tax-related changes you may need to make after a divorce, don’t hesitate to reach out to our legal team.

When a couple gets separated or divorced, they usually need to update their withholding with their employers by filing a new Form W-4. Generally, couples will need to hand this in to their employers within ten days of the finalization of the divorce or separation.

Before 2019, a taxpayer who received alimony from a former spouse under a divorce decree, separate maintenance order, or written separation agreement had to include those payments when calculating income. Those same payments were also deductible by the payor spouse. This, however, is no longer true for those who entered into such an agreement after 2018.

In most cases, the parent with primary custody of a child can claim that child on his or her tax return. Parents who split custody equally, however, and who don’t file a joint return will need to decide who claims the child. Child support payments are not deductible by the paying parent and are not taxable for the payee.

Couples whose divorces haven’t been finalized by the end of the year will be treated as though they are still married when filing taxes for that year. Options include filing as:

If you are going through a divorce and have questions about how that change in your relationship will affect your tax situation, call dedicated Florida tax return preparation lawyer, CPA, and former FBI Special Agent Ronald Cutler, P.A. at 386-490-9949 today.