Understanding A Request From The IRS For Supporting Documentation 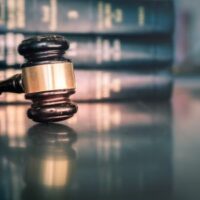 The IRS communicates with taxpayers primarily by mail. The agency sends CP75 or CP75A notices, for instance, when it needs additional documentation to resolve an issue. In most cases, taxpayers who receive this notice have done so because the IRS is auditing their tax return and needs more information to verify items that they claimed. Taxpayers who receive these notices should act quickly to send in the requested documents and so close the audit. Time is of the essence with these kinds of issues, so if you received a Notice Requesting Supporting Documentation, you should think about reaching out to an experienced Florida tax and IRS attorney who can ensure that you submit the proper documentation in time.

The CP75 notice is a request for supporting documentation that is sent to taxpayers who are being audited. To this end, the notice will explain specifically which items are being audited. Of these items, the Earned Income Credit is one of the most commonly audited and will require taxpayers to take a few different steps, including:

To learn more about the types of documentation you can use to help prove that you qualify for the EIC, please reach out to our legal team today.

Taxpayers who claimed dependents and who have received a CP75 notice will also need to satisfy the residence test, the relationship test, the age test, and the support test. This in turn, will require the submission of birth certificates, school and medical records, and proof of residence. Fortunately, if a taxpayer also claimed the EIC for the same child, he or she can usually use the same documents to satisfy this requirement.

Notice CP75 may also ask taxpayers who filed as the head of their households to establish their status by proving that they were never married, are a widow or widower, or are divorced. In addition to copies of divorce decrees and separation papers, the IRS may also require copies of lease agreements, as well as proof that a taxpayer is supporting a qualifying dependent (see EIC and dependency documentation requirements). Finally, the taxpayer will need to prove that he or she covered more than half of the cost of keeping up his or her home and lived in it for more than half of the tax year. Copies of rent, utility, and grocery bills can all be used to satisfy this requirement, as can copies of repair and maintenance invoices.

Taxpayers who don’t respond to their CP75 notices could end up delaying receipt of their tax refund or undergoing a more thorough examination by the IRS. To learn more about responding to official requests by the IRS, please reach out to experienced tax and IRS lawyer Ronald Cutler, P.A. at 386-490-9949 today.