What is an FBAR? 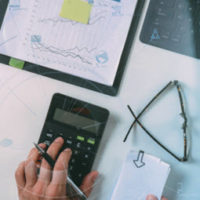 Earlier this year, the United States Department of Treasury announced that the date on which taxpayers must submit their Reports of Foreign Bank and Financial Accounts (FBAR) has changed. According to the new rules, the FBAR due date of April 15 will now coincide with tax season. However, the law also grants an automatic six month extension to those who fail to file on time.

Under the Bank Secrecy Act, taxpayers are required to file an FBAR if:

Financial accounts include not only bank accounts, but also trusts, brokerage accounts, and mutual funds. This law applies to U.S. residents as well as corporations and estates.

There are certain exceptions where it is not necessary for a taxpayer to file an FBAR. For example, foreign financial accounts that are owned by a government entity do not need to be reported on an FBAR. There is also a filing exception for:

A person who fails to file an FBAR faces stiff monetary penalties. For example, a person who did not purposefully fail to file an FBAR, but has no reasonable cause for the delay can be required to pay $12,459 per violation. Willful violations are punished even more harshly and may result in fines of either:

However, for violations that occurred prior to November 2015, the IRS can only assess $10,000 for each violation, although it may still be able to collect up to $100,000.

Taxpayers who are foreign account holders may also be required to complete and submit Form 8938, which must be filed with an income tax return. It’s important to keep in mind that this requirement does not satisfy an FBAR filing. Even if a person reports financial assets held in a foreign bank on an FBAR, he or she will still need to complete this form.

To speak with a tax attorney who is well-versed in both state and federal law issues, please contact the law firm of Ronald Cutler, P.A. by calling 386-490-9949 or by initiating a live chat with a dedicated member of our legal team. Our Florida legal professionals are eager to speak with you today.