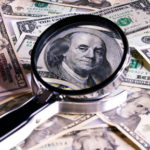 As part of the tax reform legislation that was enacted last month, the IRS released an updated version of the income-tax withholding tables for 2018. Employers are directed to use the new tables as soon as possible, although no later than the middle of February, at which point employees should begin to see an… Read More »