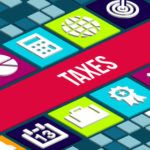 As part of an effort to notify taxpayers of their potential eligibility for tax credits, the IRS recently announced that victims of last year’s Hurricane Irma could qualify for the Earned Income Tax Credit (EITC). According to the IRS, those who lived in areas affected by Hurricane Irma and who experienced a drop in… Read More »